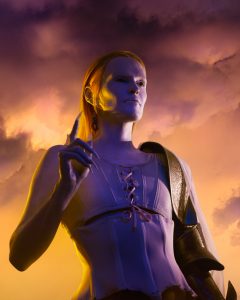 Mataya Waldenberg (as @mataya.tif residing on Instagram) is an elf cyborg alien raised by humans and reclaiming their true form through music – having come to planet Earth with the goal of empowering the practice of magical creation.

This comes through interactive live performances that deliberately tear down the wall between performer and audience, utilizing acts like stomping, clapping and singing mantras together, that directly transport the audience into the elf cyborg alien’s fantastical homeland, depicted in sonic landscapes and emotionally connect them with each other – carried by Mataya’s operatic elven voice on self-produced ethereal synthesizer sounds and strong beats. 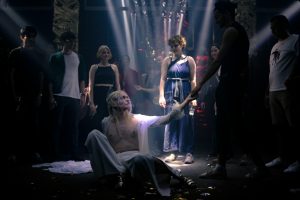 Mataya has appeared in the context of raves, art events, concerts, festivals and workshop events and is always determined to break the traditional confinements of each event, refusing to keep to classic stage situations and bending the definition of performance, conceptual art and music. As a queer alien being, this is their agenda – to break traditional moulds and enable fellow queer people’s existence by doing away with the notion that they “need to fit in” (which has often caused them to miss out on support from established structures). This also applies genre-wise to their music, as well as challenges the definitions of and blurring distinctions between forms of art and entertainment.